Dr Vielitz was one of Vaxxinova’s ‘founding fathers’ and for decades a mentor to many colleagues and poultry veterinarians.

Dr Egon Vielitz was born on a farm in former East Germany in 1932. After WWII, the family moved to West Germany, where Dr Vielitz obtained his Doctorate from the University of Veterinary Medicine in Hannover in 1959.
In 1959, Dr Vielitz started to work at Heinz Lohmann in Cuxhaven. In those days he was a pioneer and became a leading expert in poultry diseases.
The Lohmann company became an innovation cluster for agrobusiness and forms the foundation of ‘Vaxxinova’ today, amongst others.

His amazing story of his strong professional career is preserved for the future and can be read in the story below. 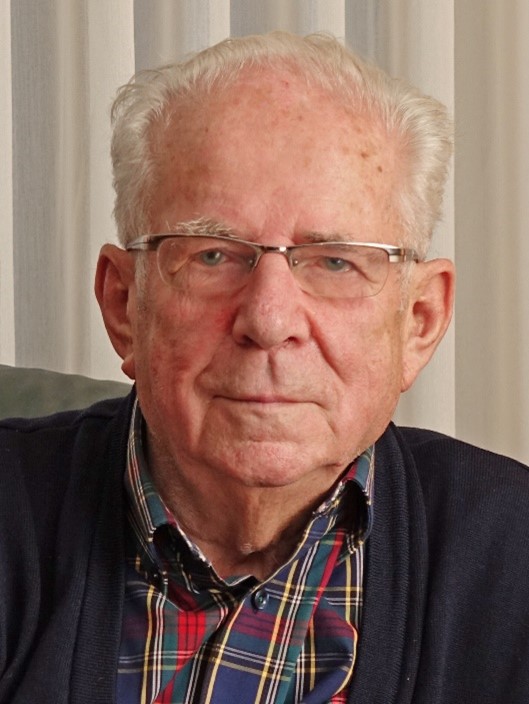 During his career, Dr Vielitz worked with many international colleagues on a wide range of poultry diseases. He focussed in particular on Newcastle Disease (the first live vaccine to be developed), Marek’s Disease, Gumboro Disease and Chicken Anaemia Virus (CAV). His team developed the first global CAV vaccine, in collaboration with Prof. von Bülow (Free University of Berlin).
He also developed the first CAV-free SPF stock worldwide, sold under the VALO brand.

In this interview Dr Vielitz talks about his journey from working at Heinz Lohmann, becoming the director of Lohmann’s Tierartzneidienst (TAD), through to his retirement (and beyond!), working as a consultant for the EW Group, plus other organisations.

First of all, Dr Vielitz, thank you for giving us the opportunity to talk with you and to hear about your long and outstanding career.
In a few paragraphs, could you share your life and career to date with our readers?

Well, that won’t be easy in just a few paragraphs, but I’ll give it a try.

My professional career is the direct result of my personal experiences during my youth. Born on a farm I wanted to study agriculture. However, following a tough period during the second World War, my hometown came under Soviet rule and in 1953, when I was 19 years of age, we fled to West Berlin. As it wasn’t possible to study agriculture, I opted for Veterinary Medicine. I obtained my Doctorate in 1959 from the University of Veterinary Medicine in Hannover. I heard that the company Lohmann, based in Cuxhaven, was looking for veterinarians to take care of poultry farms and in May 1959, I started to work in poultry medicine, a journey that was to last for more than 40 years.

My knowledge of chicken diseases at that time was limited to pullorum disease, coccidiosis, and Marek’s Disease. But Heinz Lohmann inspired me. In the 1950s he recognised the fact that American chicken breeds yielded more meat and laid twice the number of eggs in comparison to European species. He imported American chickens into Germany, and they performed similarly here in Europe. That was a major breakthrough for the company, and Heinz Lohmann was henceforth considered to be a pioneer of the German poultry industry.

The development of the Lohmann company runs parallel with my own career path. In one way or another, I was heavily involved in all the milestones I am about to mention. Of course, I always worked with a team of valued colleagues, in particular Dr Helga Landgraf, who unfortunately passed away in 1988.

In 1960 there were severe outbreaks of Newcastle disease in Germany, resulting in high mortality rates. In those days, the only vaccine available was an inefficacious inactivated vaccine for individual bird application. We managed to convince Behringwerke in Marburg (part of Hoechst AG) to engage in the mass production of a Newcastle disease vaccine, strain Hitchner B1. This brought the disease to a standstill. This convinced Heinz Lohmann and ourselves of the importance of immunoprophylaxis and, in particular, the importance of live vaccines in chickens.

During subsequent years, I carried out numerous study visits to the United States. My friendship with Dr Donald Zander (Heisdorf-Nelson) and Prof. Roy Luginbuhl (University of Connecticut), both of whom were our consultants, proved to be extremely valuable for me. Roy organised training courses at American poultry centres on my behalf, such as Blacksburg, Virginia (with Dr Bernie Gross), Athens, Georgia (with Dr Malcolm Reid) and Davis, California (with Dr Henry Adler).

During the 1960s, Lohmann became a vaccine developer and producer. Along with Dr Donald Zander, we developed the first vaccine against avian encephalomyelitis (AE).

This was the time of increasing poultry production in Germany and the emergence of new avian diseases in Europe (IB, ILT, Reo, CAV, ALV-J and salmonella), requiring diagnoses and prevention.

In 1962, I was appointed director of the Lohmann Veterinary Laboratory. My team comprised Dr Helga Landgraf, who worked with me on most of the projects I will mention, plus another two veterinarians.
In 1963, the Lohmann Veterinary Laboratory became TAD (Tierarztneidienst), a veterinary service and pharmaceutical company. This became an independent company in 1968.
The company developed Infectious Bronchitis H120 and H52 vaccines. We had a training institute in Cuxhaven, where we trained (and entertained) many poultry veterinarians. We also set up international poultry veterinarian study groups, which formed the basis of the Poultry Veterinary Study Group in the EU (1965, PVSG EU).

My team and I worked in many fields: Marek’s Disease  (new HVT vaccine which was a resounding success), Mycoplasma gallisepticum (MG) and Gumboro Disease. 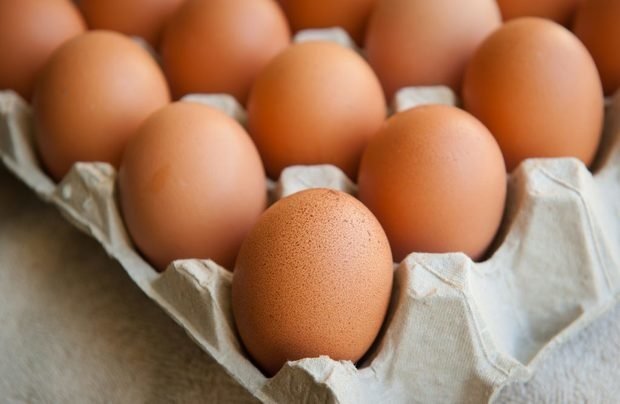 My team and I worked in many fields: Marek’s Disease  (new HVT vaccine which was a resounding success), Mycoplasma gallisepticum (MG) and Gumboro Disease.

This work continued in the 1970s. Lohmann Tierzucht (LTZ, breeding), Tierarztneidienst (TAD, Animal Health) and VALO became independent companies.
In the ensuing years, significant advancements were made with Marek vaccines – production capacity extension and a shift from HVT to Rispens strain.

The 1980s saw the  development of a live Gumboro vaccine and the development of an ILT vaccine.
Along with Prof. von Bülow from the Free University Berlin, a research project was started to investigate the unknown cause of a serious health problem in chickens. This was found to be a Chicken Anaemia Virus, and a major development during this period was the discovery of this chicken anaemia virus (CAV) and the development of the first live CAV vaccine worldwide, Thymovac. Around this time, our SPF flocks also became infected with CAV, but we managed to raise the status to ‘SPF flock free from CAV’.

In 1985, Dr Matthias Voss (Veterinary Scientific Director at Lohmann Breeding from 1997 to date), developed a serotype-specific SN test to differentiate the different serotypes (IB variants) of infectious bronchitis virus. This test was developed as part of Dr Voss’ doctoral thesis at the Free University Berlin.

After years of intensive screening of eggs from layer breeders, in 1985 we were able to eliminate avian leucosis infection by selection and elimination of the infected birds. A particular challenge was the infection of broiler breeders with ALV-J. Again, we tested thousands of eggs for leucosis antigen, until we were able to clean the stock.

In 1987, Lohmann was acquired by the Wesjohann family. In 1998, this company was divided and Lohmann Breeding became part of the EW Group, headed by Erich Wesjohann.

In the summer of 1988, a highly pathogenic form of infectious bursal disease appeared in Germany. The isolated IBDV strain was called K357/88. We then developed a more invasive vaccine for the presence of maternal antibodies against IBDV. This vaccine developed IBD immunity earlier than the Cu-1M-based vaccine. The vaccine was licensed in Germany in 1990, under the name ‘Gumboro vac forte’.

In the early 1990s, virulent Salmonella (Salmonella typhimurium and Salmonella enteritidis phage type 4) were detected in our breeding farms. In cooperation with Prof. Linde from Leipzig we were able to obtain Salmonella vaccines from the former German Democratic Republic – by now the Berlin wall had fallen. We also applied strict biosecurity measures and managed to eradicate the infection within two years.

In 1997, I retired from the active work at Lohmann and started to work as a freelance consultant for the EW Group, plus other organisations.

Since 2005, I have been an honorary member of the WVPA (World Veterinary Poultry Association) and also the PVSG (Poultry Veterinary Study Group).

And how would you describe your contribution at a later age in terms of the establishment of Vaxxinova?

My personal development as a veterinarian and my career in poultry medicine were inextricably linked with the development of the company Lohmann. The description of my career is therefore also a historical overview of the company’s development.
When I reached my 65th birthday in 1997, I retired from my active work at Lohmann. However, since my retirement I have been working for the EW Group (plus other companies) as a freelancer. Due to the general emergence of antigenic variants of all kinds of pathogens and the increase in antibiotic resistance within animal production, the use of autogenous vaccines had become increasingly important. Therefore, in 2010, the EW Group founded the company Vaxxinova, which currently produces autogenous vaccines for global use. However, autogenous vaccine production dates back to the 1980s. During that period, reovirus mutants were detected, which we amplified and inactivated for use in breeders to broaden protection. We also started to produce E. coli inactivated vaccines. Nowadays, Pasteurella and Erysipelothrix vaccines are also used, especially in free-range poultry farming.

In your opinion, what is the most remarkable achievement in your professional life?

I am proud to have contributed to the detection of CAV (chicken anaemia virus), to have cleaned our SPF flocks of this infectious agent, and the development of a live CAV vaccine, the first in the world.

I am also particularly honoured by the words of Erich Wesjohann (founder of the EW Group) when he opened his new business centre in Visbek (Northern Germany): “Without you, none of this would have been possible”. 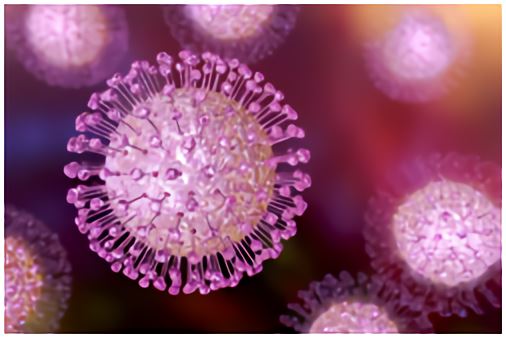 Who inspired or encouraged you most in your career?

No doubt at all, this was Mr Heinz Lohmann. He was very generous to me and allowed me to decide what was important at that time and I was able to publish the results of my research. Mr Lohmann trusted me in every aspect. He gave me the opportunity to independently make decisions within my field of work. I was especially impressed with the spirit with which he handled the business. He was a very pragmatic man and always tried to keep to his word.

Who do you feel you may have inspired and mentored?

I transferred my knowledge about poultry diseases to many German colleagues.

Louis van der Heide (Ass. Prof. Dept. of Pathobiology, University of Connecticut, USA) was a guest at my retirement and he gave a presentation on our common achievements. He said ”Egon is the only man I know who is happy when a new chicken disease appears.”

In a recent (March 2020) interview with Norderlesen (https://www.norderlesen.de/Heute/Die-Epidemie-wird-sich-totlaufen-38170.html) you were asked for your opinion about vaccines against Covid19. Can you also share your view with us?

They reached out to me because of my experience working with IB, which is also a coronavirus. My opinion on the speed of developing a vaccine against Covid19 is clear: I could develop an inactivated chicken corona vaccine in as few as six weeks. The issue here is the legal and regulatory approval requirements, which delay the registration of a vaccine by at least a year.
A live Covid vaccine (e.g. IBV in chickens) provides the best protection and must be applied through eye drops/nose drops or through the drinking water. This development, of course, takes even longer.

Dr Vielitz, thank you for this very interesting re-cap of your career.